Exit Payments for Public Sector Employees & Office Holders: What You Should Know

Under new government proposals, high-earning public sector employees or office holders may have to repay exit payments awarded on dismissal if they return to the public sector within 12 months.

These proposals are expected to be implemented in April 2016 as part of the Small Business, Enterprise and Employment Bill 2014-15.

Why is the legislation being introduced?

It has been reported that between April 2010 and March 2013 the NHS spent a total of £1.4bn on redundancy payments for 32,089 staff. The average package was thought to be worth over £43,000. During 2012/2013, 958 health officials received payments in excess of £100,000 which was an increase from 628 the previous year. According to a National Audit Office report published in July 2013, over 20 per cent of NHS staff who were made redundant as part of government reforms were subsequently re-employed by the NHS.

Who will the legislation affect?

It will affect public sector employees or office holders who return to the same part or sub-sector of the public sector within 12 months of receiving compensation for loss of office upon dismissal.

The definition of the public sector is wide ranging: it extends to those bodies whose employment and pay practices are the responsibility of the government.  Some bodies such as the Armed Forces and financial corporations such as the Royal Bank of Scotland will be exempt, however.  A complete list of sub-sectors is expected to be published in due course.

What is the threshold?

What portion of the exit payment will be repayable?

This will be determined on a scale and will relate to the loss of earnings in between employment. This will be reduced upon re-deployment to a role with lower pensionable pay.

In some cases it may be possible to obtain a waiver to remove the obligation to repay for casual workers, amongst others.

It is expected that the legislation will affect those who return as consultants as well as employees and office holders.

What should I do if this affects me?

Before accepting any offer of compensation for loss of office as part of a Settlement Agreement, you are obliged to seek independent legal advice. If you are employed in the public sector and you require independent legal advice in this respect and in particular regarding the potential recovery of compensation, please contact us by telephone or email and we will be happy to assist.

NB. This guide does not provide a full statement of the law and readers are advised to take legal advice before taking any action based on the information contained herein. 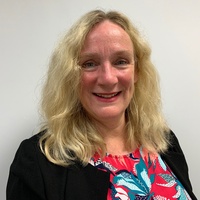